My art from 2000 – 2005! This predates social media of any kind so I used to just draw in this thing and pass it around my class so people could tell me what they thought

To see what I draw like now please visit my Deviantart page!!

My Avatar the Last Air Bender OC: Indyira gets the spotlight.
Also watch me draw his latest portrait in a speed draw!

Read his story TITLE on Wattpad! 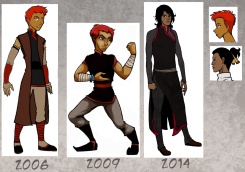 Just a speed paint of my art process. Watch me draw ‘Love 2 the 9’s’ Featuring Kurt Wagner and my OC Oliver Croix:

Read their story BIND on Wattpad 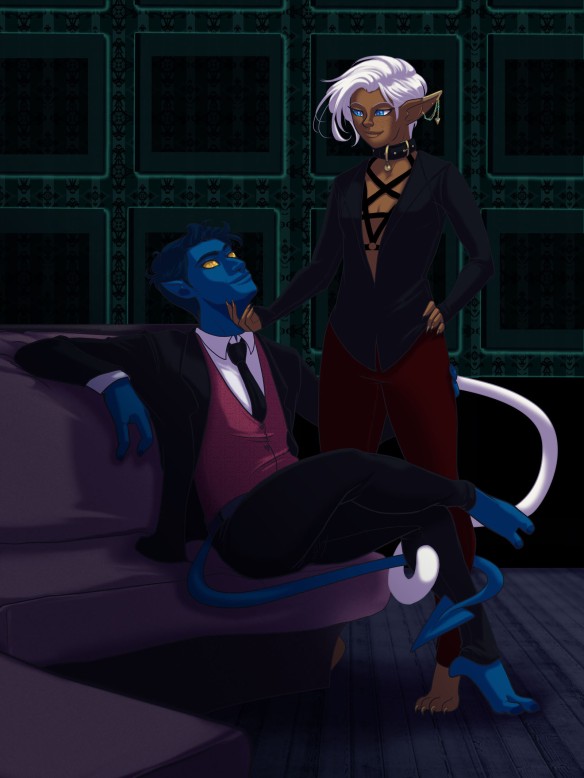 I want to make this clear before I start I AM IN NO WAY ATTACKING THE CREATOR, THE FANS OR WHAT THIS NEW CARTOON ‘REPRESENTS’ FOR THEM. I’ll admit my initial response to this reboot was ‘Why? If you want a show about an androgynous-orphan-magicical-whatever then make that show – don’t co-op She-ra. Make a new heroine instead of regurgitating old hows and calling them original. But that’s a gripe for another day. I found out the new series is for the 7-12 demographic. The original was more 13-18 targeted so of course they made her younger. Doesn’t really make sense but… whatever. Instead of boo-hooing about how rebooting old shows is ruining the memories in my ‘over 30 year old’ brain I decided to pick one thing about the She-ra reboot that really urked me, do a bit of a redesign and then hopefully move on with my life.

I could not find peace with the new She-ra outfit. It has nothing to do with a lack of breasts and makeup. Those shorts and shoulder spikes are just WTF. And the cape – what is with the cape? I couldn’t stand them on Piccolo and I can’t stand it now. It’s not 1995 – NO CAPES! If you’re going to update her look don’t put a bunch of old trends on it. I’m not a fan of the shorts, they look boxy and wierd under that skirt. Those dame spikes were not helping the anatomy errors in her arms.

I disgress – the two with the roman style tights are my favorite. Although now I’m realizing they kind of clash with the Nordic head peace. I made the armor a full chest plate to protect her organs and repurposed the cape. Her angel wing headband and hair line were a bit… off. Stuff like that slips through the cracks when you’re rushing to animate stuff. If you like my designs, Great! If you don’t please don’t attack me. It’s not really that serious just because I think the costume it ugly. This was moderately fun to do. I always love designing fashion. I made a video further explaining this. Should be up later today.

I was born in New York a number of years ago and now reside somewhere in Atlanta, GA. I have been drawing for over twenty years and I am the one woman crew behind Illegal Tender & RED.